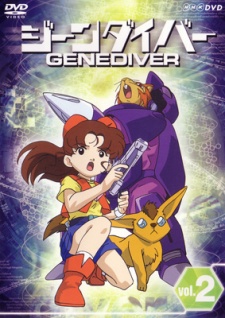 N/A, it has 8 monthly views

Virtual Station is a laboratory with the purpose of gathering and researching DNA. With the information gained through combining old DNA elements, the ancient world was virtually reconstructed. Yui is one of the Gene Divers. She enters the virtual ancient world to collect the DNA of animals that are extinct in reality.

But then an incident happens. Yui tries to leave the virtual world during a maintenance cycle, but instead of being returned to reality she is transferred to a new virtual present. In this new world, generated by the now uncontrollable system, an intelligent species evolved from rodents, called puglaistig exists. They consider the existence of humankind a serious threat and try to stop human evolution by all means.