Tezuka Osamu no Kyuuyaku Seisho Monogatari: In the Beginning 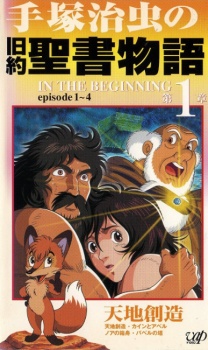 N/A, it has 4 monthly views

In The Beginning: The Bible Stories

Through the Italian National Broadcasting Network, Tezuka Osamu received an ardent request from the Vatican to make the Bible into animated form. This request was probably made to see how the Bible would be depicted by the non-Christian Tezuka Osamu. Tezuka Osamu accepted the request and spent an entire two years to complete a pilot film. It was about the mythology of Noah’s ark, with the enthusiastic Tezuka Osamu not only writing the scenario but also drawing pictures by himself. During production, however, he unfortunately passed away, so Director Dezaki took over the film and completed it.